If My Name Was Santa Claus, Would I Be Able to Trademark My Name?

Can Santa Claus Trademark His Name?

Unless you grew up being on the Naughty List, you’ve no doubt heard of Santa Claus (also known as Saint Nicholas or Kris Kringle) and his knack for delivering presents to good boys and girls on the night before Christmas. But did you know that Santa Claus is very protective of his intellectual property? I recently sat down with Santa Claus (since it’s just before his busy season) to answer his questions about trademarking his name. Santa Claus is definitely a household name, especially in December when everyone is on their best behavior.

Does having such a well-known name matter for trademark purposes?

Traditionally, in the United States, personal names can only be registered as trademarks if they have acquired “secondary meaning.” Said another way, the everyday person cannot register his or her name as a trademark unless their name has been closely associated with a product or service. If the Trademark Office allowed registration of every John Elf, the office would be overrun with trademark applications. Celebrities, on the other hand, can successfully seek trademark protection of their names to protect the monetary value of their name as a brand. So, in the case of Santa Claus, because his name has acquired secondary meaning, he could receive trademark protection. Because Santa Claus is well known for his gift delivering services and general Christmas
merriment, he should have no trouble receiving a trademark.

What is the benefit to Santa Claus in trademarking his name?

After Santa Claus secures his name with a trademark, he is protected from attempts by third parties to make money using his name. For example, an unscrupulous elf would be legally prevented from opening a toy store under the name “Santa Claus’ Toys” because of the impression that Santa Claus has endorsed or has an ownership interest in the store. In addition, after Santa has registered his name as a trademark, he will be able to use the trademark registration symbol (®) with his name to dissuade others from adopting the same or a similar trademark. Competitors would, therefore, be on notice that he is serious about protecting his intellectual property rights – looking at you Easter Bunny! Trademarking his name can also provide Santa Claus with added protection from cybersquatters that buy domain names to confuse people and sell them for inflated prices. In order for Santa Claus to be able to buy and keep his www.santaclaus.com website up and running, he should trademark his name as an added protection.

Legend has it that Santa is 1,748 years old – is it too late for him to get a Trademark?

Santa Claus has been busy over the years – overseeing the elves, training his reindeer, and keeping his sleigh in working order. Did he miss the boat by not filing for his trademark before now? Luckily, the answer is NO. There is no time limit or expiration date when it comes to filing a trademark application. In most cases, however, it makes sense to start the trademark process as soon as the LLC or business paperwork has been filed. By filing for a trademark prior to the launch of a business, the owner can be sure that the name is protected once sales begin. That being said, if a business owner has been using a trademark for several years, it’s never too late to file for protection with the USPTO.

What about Santa’s Catchphrase “HO HO HO” – Can he Trademark that?

Yes! A catchphrase can be trademarked, but only for the use in connection with a particular product or service. In this case, Santa Claus could seek trademark protection for his famous phrase “HO HO HO” for use with toy making, gift-giving, etc. One thing to keep in mind, however, is that the mere act of speaking a catchphrase isn’t an act of commerce. So Santa Claus could easily prevent Rudolph from saying “Ho Ho Ho” in connection with selling sleighs or in any other commercial setting. However, if Rudolph was using the catchphrase in everyday conversation, it would not be a violation of the trademark.

When it comes to trademarks, it’s always a good idea to consult with an attorney. At Dogwood Patent and Trademark Law, we can answer any questions related to protecting your intellectual property.

← The Difference Between Patent, Trademark and Copyright Symbols Top 5 Things To Know About A Copyright →

Intellectual property is often our clients’ most valuable asset and raises the most complex issues. Dogwood Law places emphasis on cost-effective counselling of clients. Whether you are just starting or have years of experience we can meet with you for a free consultation. 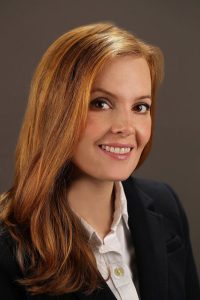